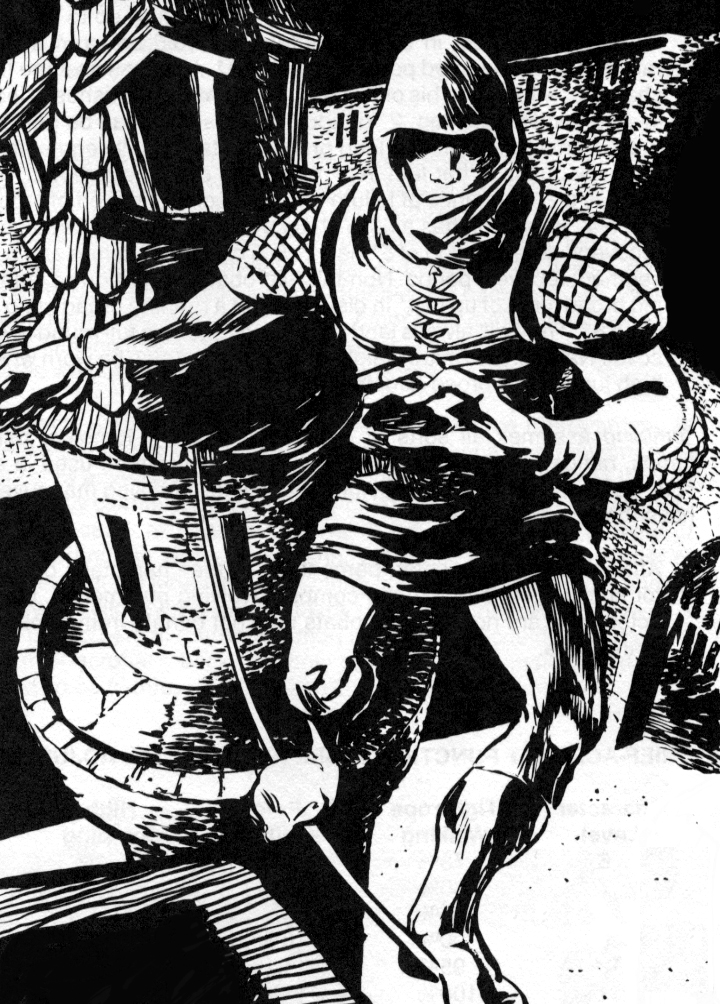 In my last DemonWars post I mentioned two things I was on the fence about: balance and assymetric gameplay. I’m discovering that these two things are intimately linked – at least in terms of what about them troubles me. Again I’m writing this post more to martial my own thoughts than anything else. Here’s hoping this ends in some kind of satisfying conclusion!

First, some background. Players have three resource pools in the game: health, balance, and focus. All three pools tend to stay at a fairly small scale throughout the life of the character – I’d say likely nothing outside the scale of 5-20 points for each pool. So let’s say on average we’re looking at maybe a dozen points. Focus powers magic, so we’ll ignore that for now. That leaves balance and health, and health is pretty much the same as we know from D&D – get hit and you lose some, get to 0 and you’re out of commision. Balance therefore is the real buffer for a player, and it comes and goes frequently in a fight. You can spend it to avoid getting hit, and you can spend it to power some of your special abilities. You can also regain it pretty easily, at bare minimum there’s a “rebalance” action where you spend your turn getting a point back. Of course there are player types whose whole purpose is to generate balance, for themselves or for others. Not quite the clerics of D&D, as usually the generation of the balance is a side effect of also doing other actions, but a character who acts as a balance recharger is a key member of a successful group.

So as a player, fights are really all about not getting hit. Many turns of combat may go by where you are taking actions, spending resources, feeling engaged and endangered, all without actually ever taking any health damage. In fact, I’d say taking health damage is an indicator that maybe the tides are turning against you. Some characters can take a few points without too much concern, and in fact may choose to do so to save their balance for a bigger effect later in the fight. Still, I think ultimately health damage is serving the same effect for players as the critical hits system I use in D&D.  When it happens to your character you become highly aware of your immediate peril and you have a short window to choose to try and escape with your skin or push your luck and hope you take out the monsters before they get that last killing hit on you.

Furthermore, after a fight, with a brief 5 minute rest all your resources come back. That’s right, all lost balance, all lost health, it all comes back and you’re as good as new. There is a system for a longer term bad effect – if you do get taken out in combat you likely take a “wound”, which reduces the max values of all your pools by 1. Take enough wounds and your worst pool becomes completely empty, and that’s bad news – and possibly the end of your character. In most play I’ve seen so far wounds are pretty rare, and a strong indicator that it’s time to head out of the dungeon to the safety of town to recover for a bit.

This is pretty different from D&D, where you probably have a large pool of hit points, plus some spells or items that will help you regain hit points, but it’s pretty rare that you get topped back up to fine. Where Demon Wars is all about hit avoidance, D&D is about health attrition. The group as a whole is engaging in a sort of press-your-luck mechanic of watching their resources dwindle and deciding when they are so depleted that they really must get back to town to recuperate. In Demon Wars it seems far less frequent that game mechanics are what force the party out of the dungeon, they could go on forever except for wanting to return to town to spend some of the treasure they’ve accumulated.

Note, it’s possible that I’m just not pushing the envelope enough here. Perhaps I should be hitting them with harder stuff so wounds become more frequent? My gauge of the threat level is generally watching how the players react – do they look like they feel a real sense of danger? Last night we a had a big fight with a purple worm, and just by player reactions it appeared to me they felt it was a tough one. Despite that, I actually only got one really solid hit on a player, bringing him to almost no health left, but not into wound territory.

So, back to how this relates to asymmetry. On the other side of the screen, it’s a totally different story. Monsters have huge health pools and usually only a few points of balance. They have little to no choice on when to spend that balance, they use it automatically and exclusively to increase defense. So there are a few rounds at the start of combat where they’re a bit harder to hit, then they run out of balance and it goes back to classic D&D style attrition. From the monster’s perspective, balance is little more than a delaying tactic, and I use “tactic” here in the lightest form possible, because again it’s not like they have much choice on when to spend it. As GM the only real choice I have is during setup when I decide how much defense their balance supplies, and how much total balance they have.

Which makes my first reaction why have it at all? Why not just give monsters a bigger hit point pool and simplify it even more behind the screen? Well, there is a good reason for that, and it’s back on the player’s side. There’s a concept of an attack being “on target”, meaning that the roll was enough to hit the monster, but it saved itself by spending balance. A lot of player abilities trigger by being “on target”. Also a lot of player abilities trigger when the monster is out of balance. Some player abilities also affect the monster’s ability to spend balance, sometimes totally blocking it for a round, or sometimes causing it to cost double when in a certain physical location.

The point is, balance is really all for the players. The reason monsters have it at all is simply as something for the players to bounce off of. This then leads me to the opposite reaction – what about a monster that has only a small amount of health but a huge balance pool? Would that also be fun? At a high level, I feel like it would at least align the combat experience of the monsters with the players. Fighting becomes all about not being hit on both sides, nobody is really playing the attrition game.

That’s not really true though. It would only be so if the monsters had a small balance pool and the ability to regain it. A big balance pool is just moving the attrition stat somewhere else. In fact, the other guys have told me that early in play-testing they did have more parity between monsters and players in terms of balance use, but that it wasn’t a satisfying game. There was a lot of combat where it felt like nothing was actually happening, and the ability for a combat to go into stalemate existed.

And so we’re back where we started from. Except that I feel like I have a better sense for the reasons on why all this stuff exists. When I give my monsters balance, I think I have to think of it not as if I’m giving the monster an interesting defense, but that I’m changing what tactics the players will have to use against it.  My choices on monster balance are adding complexity for the player’s side. The monster’s side is still about big hit point pools for attrition. More interesting for me has been giving the monsters unusual abilities.

For example that purple worm – which I played slightly differently than purple worms I’ve run in D&D. I had this idea that it was a constantly moving thing, and I gave it the ability to burrow through earth pretty freely. Staging the fight in a large open cavern with a river cutting through it gave the whole fight a very interesting fluid feel and the players stepped up with some fun new tactics.  I saw one player constantly flying around to fire spells at it from above, and another creating lava field traps where the thing was burrowing.

OK, so, I think here’s where I’m landing – worry about the stats less. Worry more about the tactics the players are using and come up with interesting special abilities that challenge those tactics. I just need to accept the fact that I’m playing a different game than they are, and that the base stats of the monster are more for them than for me.

Though, I’m very curious now what a fight would be like with a creature that has little health and huge balance. Maybe best though to ask my group if they’ve tried that rather than discovering through experimentation.  I suspect they will have some insights.