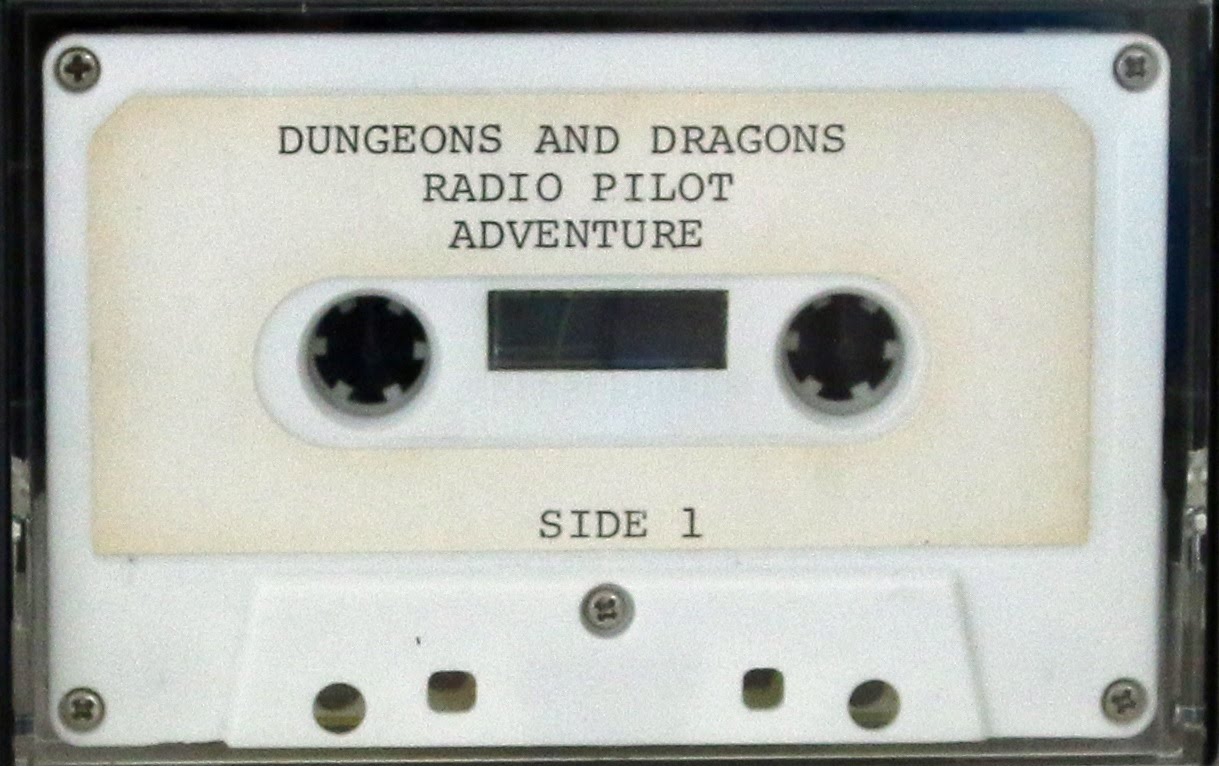 A friend recently pointed me at this blog post, which is actually part 2 of this other blog post — both are about DMing and both of which I thought were right on the money and excellent reads.  I have no comments to share and there’s no reason for me to summarize, just go read them.  It turns out they were written by the DM of something called “SciFi Writes Playing Old School D&D”, a podcast of actual play that sounded pretty interesting.  I mean, they have a DM who thinks the same way I do, and the fact that every person in the game is a professional writer must have some impact on the game.  Also, I’m impressed they managed to score the domain name oldschooldnd.com.  So I thought, what the heck, I’ll give it a listen.

Honestly, I was pretty let down.  Now I only listened to the first 20 minutes of the first episode, so maybe that’s not a fair shake, but I knew something wasn’t quite right as soon as I realized it was a raw recording of the players playing a 3.5 D&D game over virtual table top software.  You may be thinking as I was, what the heck is “old school” about this?  Far worse though was that it was totally unedited, just a raw recording full of pauses and questions about how to use the software, and all the other ultimately boring parts of playing a roleplaying game.

The fact is, I’ve struggled with the idea of roleplaying as a spectator sport.  I know there are some famous ones out there.  I still have yet to watch an episode of Critical Role which people seem to really like, though I did watch all of HarmonQuest which I thoroughly enjoyed.  That may have more to do with me being a Dan Harmon fan than anything else though – it’s hard to see very much actual D&D going on in there.  What I can say for HarmonQuest over say this SciFi Writers podcast is that it is the polar opposite in editing.  Not only is the content highly edited, but they then even animate the action over the players’ voices.

On the other hand, I do enjoy a good “actual play” forum or blog post.  This is basically just someone writing down what happened in their roleplaying game.  Perhaps this is good because of editing and commentary, which very naturally emerge from the simple act of having to describe the action in the written word.  Of course my favorite actual play was that written by one of my own players back in 2010 – I enjoyed it so much I actually printed and bound parts of it into a book as a going away present for one of the other players when he left to move to the west coast.  While obviously in that case my opinion is strongly tinged by nostalgia, I have read other actual play posts of games I wasn’t part of that I really enjoyed.  I recall there being one particularly hilarious one for the classic WFRPG module The Enemy Within, unfortunately just now when I tried to dig up a link I discovered there are a ton of AP posts about that module and I can’t seem to find the one I’m thinking of any more.

This all makes a lot of sense to me, I’ve always thought a good portion of the fun of roleplaying is the nostalgia around previous roleplaying sessions.  I challenge you to think of a gaming session that did not include at least one tangent down the “remember that time when…” rabbit hole.  This is right in line with one of the things I love about the activity of roleplaying itself – emergent story.  Emergent story really can only be enjoyed in retrospect, so it makes sense that we would want to re-tell glories past.  From there it seems to be an easy leap to “we should record this.”  But no…

Every time I’ve gone down that road it’s been, well, dull.  The fact is the pace of a roleplaying game is generally much slower than any other media we consume.  Even a game like Fiasco, which I swear every game I’ve been in or near seems to be constantly full of loud bursts of laughter, is ultimately not nearly as fun to watch as it is to play.  These games need editing, heavy editing, if they’re to be presented to a passive audience.

I do still want to eventually check out Critical Role.  I’m hoping it has the heavy editing I think is required to make such a thing really entertaining.  My advice to others thinking that their game is so amazing it must be shared with a wider audience is this: stick to the written word.  Please don’t just stick a tape recorder on the table and then share the raw recording with the world.  Or if you do, at least sit down and listen to the hole thing and ask yourself, is it really as fun watching / listening to this as it was when I was playing it?