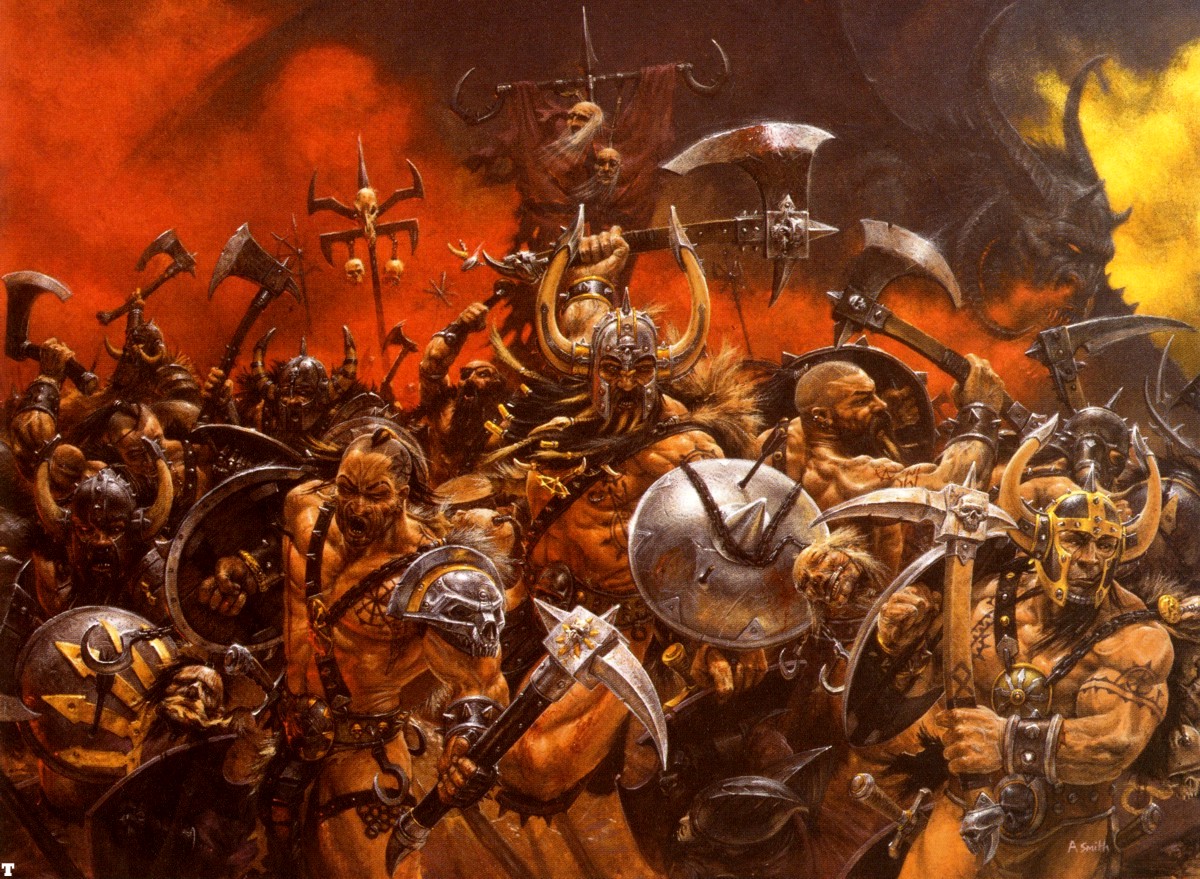 My gaming life has become very chaotic recently, which has made it very difficult for me to figure out what to post here to the blog.  My thoughts are so fragmented that I can’t seem to find any kind of thesis to tie them together.  As a result, here is a collection of disconnected thoughts and random musings of what I’m doing gaming-related these days:

My Warhammer game, alas, has died due to logistical complications.  It was a great game and tons of fun when we were at the table, but who was actually at the table was starting to vary quite wildly.  The last two sessions we played were only attended by half the group and not the same people each time, and then last week’s game got cancelled outright as we didn’t even have that many.  For a game only being run every other week, one canceled game means not playing for a whole month, and that’s just no way to game.  Not for me anyway.

So I’ve come to the difficult decision to kill it and maybe consider starting fresh after a proper mourning period has elapsed.  I may try to reclaim some of the players, characters, or plots, but I think I’ll run the logistics more as a dictatorship than a democracy this time around.  That I think was the problem with the original campaign – I got a great group of people who were all psyched to play, then we tried to sit down and as a group come up with a schedule, and it turns out scheduling by committee is a terrible idea.  If there is a next Warhammer campaign, I think I will simply create a schedule that suits me, then invite folks and see who is able to make it work.  I’m sure a few of the original group will not be able to do it, but I also suspect I’ll then be able to spread the invite list wider and eventually fill the table.

So, for now, there will be a Warhammer moratorium, but I really do hope to rectify that by the time my physical book shows up.  Given Cubicle 7’s record so far, that may be some time from now.

So, at the same time my Demon Wars group has been struggling to get a campaign to stick.  This group has the logistics down pat – they’ve been assembling at the same place and time for decades and I suspect will do for many more to come.  However, for one reason or another, GM duty keeps shifting and the campaign being run just seems to refuse to gel.

I could smell that the question of me running something was coming around, but I was worried I did not have the mental space to devote to prepping a descent Demon Wars game.  So I offered a stop gap — I would be happy to run OED D&D for as long or as short as required to fill the gap until one of the other GMs was in a better place to put together their own campaign.  I offered this not because I hope to convert the group to OED, but simply because I am both so familiar with the system and have such a stock pile of material from running past campaigns in it that I knew I could run for a while with no prep at all.

They bit, but life has conspired to stall the effort somewhat.  First I was sick and had to cancel last minute, and then last night only two players were able to make it.  I was feeling so RPG neglected at that point though that I said fine, I’ll run with two players.  They hired on two henchmen and made a very good showing for themselves.  Granted, only two of the four characters survived the night, but it was a very eventful session and I really enjoyed playing it.  I’m looking forward to seeing where this goes, and will likely have more thoughts to post as I introduce OED to a whole new group of players.

Carnage on the Mountain

Oh yeah, this coming weekend is Carnage on the Mountain.  What did I schedule myself to run?  I posted all about it back in July, but the short answer is two horror games (Checkpoint Zulu and Mazes & Monsters), and one session of the new Paranoia to fit into their space/sci-fi theme this year.  Well, it turns out, these are my three prop-heaviest games.  I put together all the stuff I need to bring with me yesterday.  Here’s a photo, with a white d20 for scale: 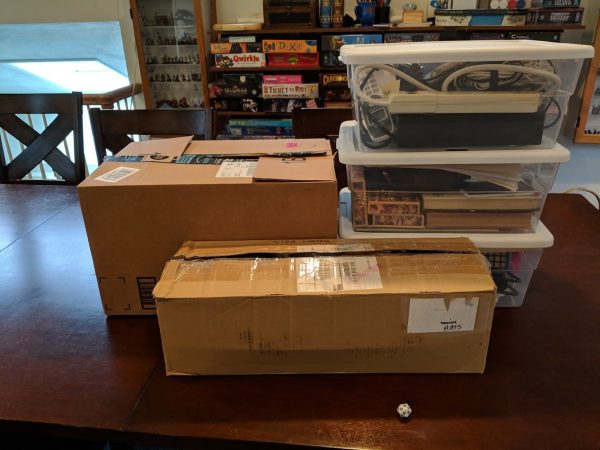 I guess I should probably pack some clothes too, right?

That’s everything that’s going on gaming-wise for me right now.  Between the convention, the OED game, and expecting some Kickstarter deliveries any day now I suspect I’ll have plenty of fodder for the blog in the near future.  Hopefully I can keep it all de-tangled in my brain to make some more interesting posts of it.  Sorry for the dry spell, here’s hoping I get back to my old pace soon!