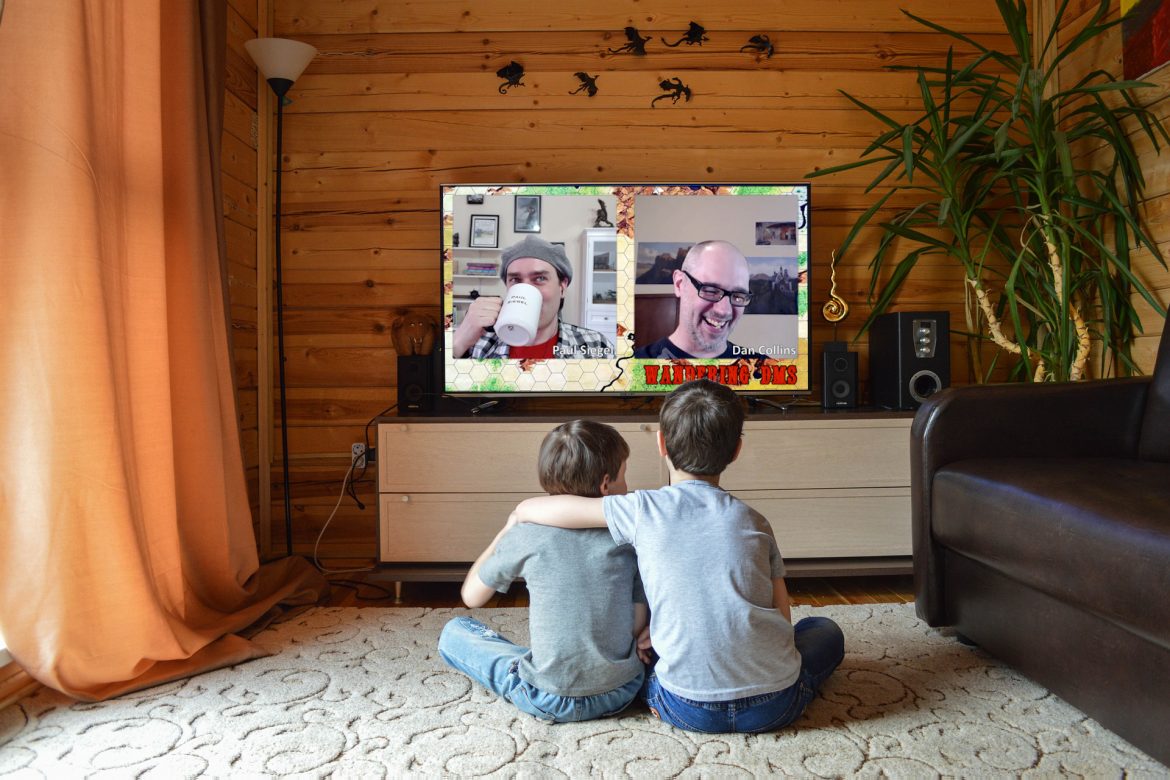 I have not been doing the best job posting to this blog while the world deals with this pandemic. That’s not to say I haven’t been doing any gaming – in fact, I probably game more now than I ever have in my life. However most of my gaming stuff is now in video form rather than text, so here’s a quick review for those who are not already following along:

All of my streaming happens on the Wandering DMs channel, which can be found on both YouTube and Twitch. Our flagship show, titled Wandering DMs, airs every Sunday at 1 PM Eastern, and features me and Dan “Delta” Collins talking shop about D&D. Now in its second season, we’ve started feature guests, and have recently had some great conversations with folks like Joe Manganiello, Zach Howard, and Web DM Jim Davis. Tomorrow we’re looking forward to chatting with Adriel Wilson of 9th Level Games.

At the start of the year I began running a live streamed game using a mash-up of OD&D and Warhammer Fantasy called Ten Dead Rats. We play live every Thursday night from 8-10 PM Eastern. When we first started I got a little flack for running so close to Critical Role – not quite competing but pretty much back-to-back with their show which starts at 7 PM Pacific. Now with the state of the world they’re actually not able to broadcast, so I’m pretty happy to provide an alternative.

Also, can I just say, I have the most amazing cast ever for this game. Yes, it’s my brothers and my friends, so I’m a bit biased, but more than any other game I’ve run before I’m finding I need to shut up, sit back, and watch them go. Their characters are hilarious and interact in the most delightful ways.

OK, even more recently, and entirely because of the pandemic, Dan and I have started playing together on Tuesday nights from 8-10 PM Eastern. We’re cooperatively playing old D&D solo adventures, and have just finished BSOLO so we’ll be moving on to M1 this Tuesday. This show has few of our usual production bells and whistles, and is really done mostly for our own amusement. But if you enjoy it, come along for the ride – we’re trying to get better at interacting with our live viewers in the chat while we play.

Technically I’m not in this one, but Dan has recently been running some play-tests of his D&D compatible war game Book of War with his partner, disinvited Brooklyn artist Isabelle Garbani. They played for the first time last Saturday night, and I believe they intend to do so again tonight.

If you’re running a classic edition of D&D, Book of War melds really well with those rules and enables you to play out the large scale combats that may occur in your regular campaign. I used it myself in a recent hex crawl game I ran when the party convinced a local lord to send 30 of his heavy footmen and 30 crossbowmen with them to assault a camp of 100 orcs, including an orcish chieftain and his pet ogres. It played out really well. Dan is working on the 2nd edition draft of his rules, so check it out if you care to see where he’s headed.

So that’s the current lineup as of right now on Wandering DMs. That said, some of you may have noticed me posting pictures over on Twitter of a new set I’ve been building in my house. Dan and I are cooking up a new show that may be our biggest endeavor yet, though it’s early days so I don’t really have much to share about it other than vague hints right now. Keep an eye out here or over on our Twitter account for updates later this year!